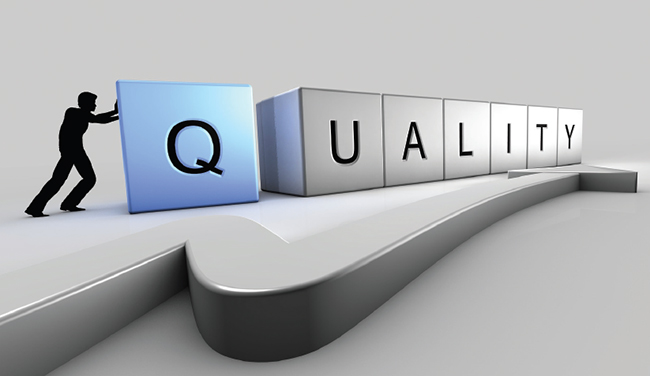 Abstract: As the home entertainment landscape evolves and increases in complexity, one area of a project’s budget that is often reduced is third party QC. As more analysis shifts to the facilities tasked with content production, the content’s value and content owner’s reputation can be jeopardized when the same party helping create the work reviews it. In contrast, by not having a stake in content production, third party QC companies are free to focus on the consumer experience, which amplifies the end user’s enjoyment and ultimately contributes to more consumption.

We all remember the good old days: the 2000s when DVD sales were skyrocketing. Consumers weren’t just upgrading their home video collections from VHS to DVD, they also were amassing an even greater collections of discs, spurred on by the vastly improved quality and bonus features previously unavailable on VHS. The novelty and convenience of DVD (no rewinding!) also contributed to the public’s rapid embrace of the format. Unlike LaserDisc, DVD resonated with film buffs and the average consumer alike. Each year from 1998 to 2004 saw a remarkable increase in U.S. consumer spending on DVD rental and sell-through, while the peak years of 2004 through 2009 saw total spending on DVD and Bluray reach between $15 billion and $20 billion each year, according to Rentrak and DEG: The Digital Entertainment Group data.

Ensuring the Promise of Perfect Quality

A large part of the allure and sales pitch of DVD was its “perfect” quality and special features. Errors such as digital hits in the video,
misspellings on menu pages, out of sync audio and incorrect subtitles all caused discs to be re-pressed with replacement discs issued to consumers. These gaffes, which were frequently and embarrassingly detailed in online home entertainment forums, not only ate into the studios’ profits, but threatened the reputation of the format as a whole. DVDs released internationally increased the risk of consumer complaints with translated menus, audios, and subtitles, all of which could – and unfortunately, sometimes did – contain errors. In order to ensure that the viewer’s experience would live up to the “perfect quality” promise of the DVD format, as well as to protect the reputation of the content owners, during those days of tremendous profits, using a third party quality control (QC) company for every major studio release was the norm.

Employing the services of third party QC companies is attractive for several reasons. Firstly, a company whose sole focus is QC seeks out and hires specialists who demonstrate an aptitude for proofreading, problem solving and attention to detail, while also having the imagination needed to identify potential problems that are not defined in any specification document. To serve the international needs of their clients, third party QC companies assemble a team of language experts who also possess these skills. Secondly, a company positioned outside of the process of content creation encourages a truly focused evaluation. Finally, independent operators are less likely to work under the assumption that the tasks of programming the assets or translating the material was done correctly.

In the days of skyrocketing physical disc sales, the typical workflow consisted of the content production partners completing their own internal QC before third party evaluation occurred. Their motivation, in addition to delivering a quality product for their clients, was to find and correct any errors internally rather than allow them to be revealed on the subsequent third party QC report, which could reflect poorly on those creating the content. The resulting DVD, in going through testing by two separate entities, had a much greater chance of being error-free once in the hands of the consumer.

As physical disc sales began to decline at the beginning of this decade, naturally content owners looked for ways to maximize profits. One of the first areas often deemed redundant was the double evaluation by the content production facilities as well as by third party QC companies. As a result, in recent years many catalog and lower profile releases have been evaluated strictly by the post-production facilities creating the discs, reserving the skills of third party QC companies primarily for new releases and important re-releases.

To be clear, the intent of the content production facilities is the same as that of third party QC companies: to deliver a quality product that is error-free and will not generate negative consumer feedback. Both understand the value of their clients’ reputations while striving to uphold their own reputation for quality work. Nonetheless, third party QC companies have some distinct advantages over in-house evaluation.

At any given time, most large post-production facilities undertake multiple assignments for numerous clients. They are commissioned not only to create content for home entertainment distribution, but also to prepare material for theatrical and broadcast release as well. Quality control is only one of many components in the vast toolbox of large post houses. By contrast, third party QC companies specialize in one thing only: the evaluation of home entertainment products, without the distraction of any other post-production work. They are hired by the content owners with the singular expectation of identifying issues that may lead to consumer frustration.

Another potential pitfall for in-house QC is that of assumption. It is natural for an employee of the same company creating the work to assume that the work completed by their comrades is sound. This assumption, no matter how subconscious, may play a role in the amount of focus applied to the task of evaluating the product. A third party QC technician, on the other hand, has no allegiance to the content creators and is free to focus solely on the end user experience.

A contributing factor to the monumental sales of DVDs was the lack of other avenues for the consumption of home entertainment. Today’s consumer has many more choices for spending their time and their money, given the rise of over-the-top streaming services such as Netflix, Hulu, and Amazon Instant Video; the proliferation of tablets and media-capable smartphones; and the explosion of Internet video sharing sites such as YouTube.

As studios move into new avenues of home entertainment distribution, the profit margins are unknown. The prudent course of action is to keep budgets as low as possible. To this end, third party QC often falls by the wayside, while the company responsible for creating the content is tasked with protection against those errors that may lead to consumer frustration.

It is precisely the proliferation of home entertainment choices available to today’s consumer that makes third party QC even more crucial, however. Instead of one or two formats, each film or television show must now be readied for a variety of distribution outlets. In addition to coming to grips with this increased output per project, post-production facilities must also contend with compressed timelines, to meet the strict windowing deadlines required in today’s short-attention-span market.

To address the demands of today’s varied home entertainment landscape, many studios look to automated QC as a cost-effective way to fill the gap. With all that these software-based systems can accomplish, they are a welcome tool when preparing content for market. However, human interaction is still needed, not only to verify the issues flagged by the application, but also to uncover the myriad errors currently beyond the scope of discovery by automated systems. Creative intent may be confused with unwanted glitches, for example. Or, the software can report if closed captions are present, but has a hard time verifying the lip sync of each caption and authenticating the accuracy of the captions themselves. A perfect scenario involves automated QC as a complement to, not as a replacement for, human QC.

Something altogether new to today’s home entertainment landscape is the extent to which the digital supply chain depends on metadata. When it comes to today’s file-based delivery systems, accurate metadata can be as important as the content itself. Cataloging, searchability, contract compliance, revenue protection, release windows, new business opportunities, and consumer discovery are a mere handful of the areas impacted by metadata. Third party QC companies, whose expertise lies in proofreading, verification, and paying attention to the smallest detail, are befitting the task of ensuring that a project’s metadata is accurate and robust.

Important Then and Now

Regardless of how complicated or unique new home entertainment offerings may be, they have one thing in common: the user experience must be frustration-free. Whether DVD or Blu-ray disc, an Ultra HD episode of an SVOD (Subscription Video On Demand) service’s original series, a companion app to a network TV show, or an UltraViolet EST (Electronic Sell-Through) movie watched on an iPad, the content owner’s reputation is on the line every time a consumer interacts with the content. Since their focus has always been on the consumer experience, not on creating the content itself, third party QC companies are well suited to the task of protecting the content owners’ investment, regardless of the delivery medium.

Consumer spending on digital formats is on the rise. DEG’s Mid-Year 2014 Home Entertainment Report indicates 37 percent growth in EST and 26 percent growth in SVOD in the first half of 2014 compared to the same period in 2013. As new home entertainment profit avenues prove reliable, a natural course of action is a return to routinely employing the services of third party QC companies.

A comprehensive QC evaluation not only protects, but enhances a project in many ways. In addition to helping ensure that the releasing studio’s legal obligations are met by verifying the presence of warnings and disclaimers, as well as confirming that the proper availability dates are encoded in the metadata, a good evaluation can also help audiences connect with the material. When potentially distracting issues such as video and audio glitches are flagged in QC reports early in the production process, they can be removed in a cost-effective or even cost-neutral manner, ensuring a smooth, error-free viewing experience.

Current home entertainment offerings may be more varied, but the promise to the consumer remains the same as in the glory days of DVD: to provide a pleasurable experience in exchange for their hard-earned dollar. When consumers feel they are getting good value for their money and are happy with their purchases – both physical and digital – they are more inclined to keep spending, to keep connecting with the films and television programs they love. The goal of this business, after all, is to provide that connection.

Ramón Bretón has been with 3rdi, a pioneering company in the field of quality assurance for the home entertainment industry, for 12 years. Previously, he spent 10 years in the music business as an audio mastering engineer, giving him over 20 years’ experience contributing to quality entertainment for the consumer.